Saint Valentine – Love is in the Air 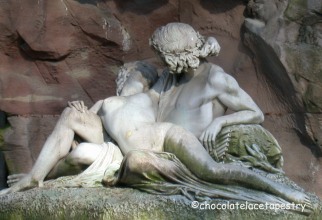 Lovers always remember romantic moments in their life; a gondola ride in Venice, a candelight dinner on the Piazza Navona in Rome, a waltz at the Emperor’s ball in Vienna or a glorious sunset at Punta Karena on the island of Capri. My notion of romance is stealing kisses in Paris, along the Seine, in the shadow of century-old doorways, on a bench in the Gardens of Luxembourg, or in the back of a French Café. 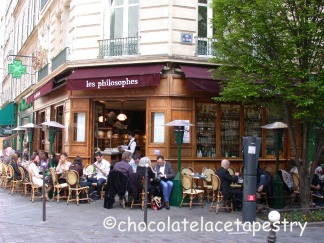 Several years ago, while walking the streets of Paris, I came across a little book entitled Où s’embrasser à Paris, “Where to kiss in Paris,” by Thierry Soufflard. This charming booklet gathers places, times and seasons during which it is pleasant to kiss in the Capital. Train platforms are the most romantic places where kisses get lost in the crowd, masked by moving trains. Faculties and schools are perfect grounds too. Lovers kiss between lessons.

My favorite place is at the tip of the island de la Cité, in the Parc du Vert Galant, named after king Henri IV. He kissed at least a dozen mistresses there. Next time you visit Paris, stroll along the park. The view from this spot is also memorable.

This entry was posted in Destinations, People. Bookmark the permalink.